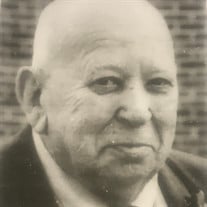 May, 26, 2019. George E. Karalus was born in 1934 to Edward Karalus, an Erie County deputy sheriff, and his wife Helen, a homemaker. Upon graduating from Burgard High School with an aviation diploma, George joined the United States Marines. After his service, he became a proud member of the New York State Police, beginning his service on Valentine's Day, 1956, after scoring 13th in the state on the NYS Troopers Exam. George was assigned to the Bureau of Criminal Investigation, where he was a member of an elite squad of troopers conducting investigations and surveillance on organized crime. He co-authored a book titled The Real Teflon Don, with the Buffalo News crime reporter Matthew Gryta about his experiences investigating organized crime. While serving as a New York State Trooper, George earned a Bachelor's of Science degree from Niagara University and a Masters Degree from Canisius College. This led to a second career as a history teacher at Depew Middle School. While a young trooper, George married Barbara Fryczynski, who became the Vice President of Nursing at St. Joseph's Hospital. Mrs. Karalus passed away in 2001. George and his wife Barbara had four children, Susan, Mary (Mulder), Pamela (Scaglione) and George Jr. (Ellabeth). George is also survived by his companion, Michele Papero. George was a hands on grandfather to five grandchildren, Paul (Kaitlyn) and Edward Mulder, and George III, Madeline and Katherine Karalus. He has one great grandchild, Amelia Jo Mulder, who he would have met for the first time the day after his passing while his eldest grandchild, Paul, was set to visit. George had a avid interest in aviation and military history, which he used to inspire his family and students. He was extremenly well read and amassed a library of hundreds of books regarding aviation and the military. George was a member of the NYS Retired Troopers Assn. and he and his wife, Barbara, were members of Brookfield Country Club while raising their childred, George will be eternally missed by his adoring children and grandchildren who meant the world to him. Funeral Services commencing at the DANIEL R. SMOLAREK FUNERAL HOME, 2510 Union Rd., Cheektowaga (2 blocks south of William St.) Friday at 9:15AM and in Nativity of the Blessed Virgin Mary Church, Williamsville at 10 AM. The family will be present to receive relatives and friends Thursday from 4-9 PM. In lieu of flowers, donations may be made to NYS Former Troopers Helping Hands or Wounded Warriors Project. Share condolences at SmolarekCares.com

May, 26, 2019. George E. Karalus was born in 1934 to Edward Karalus, an Erie County deputy sheriff, and his wife Helen, a homemaker. Upon graduating from Burgard High School with an aviation diploma, George joined the United States Marines.... View Obituary & Service Information

The family of George E. Karalus created this Life Tributes page to make it easy to share your memories.

Send flowers to the Karalus family.